Free Delivery For Orders Over £10 As well as meowing at you when they want something, your cat speaks to you with their whole body – and probably feels a little frustrated when you don’t seem to understand.

How well do you read your cat’s body language? Can you tell if they’re contended, anxious, intrigued, playful, scared or defensive? Pay close attention to your cat’s eyes, ears, body and tail and you’ll see that they’re all telling the story of how your favourite feline is feeling.

Do I have to spell it out for you?

However, breaking the cat body language code isn’t straightforward. Cats are complex and each one is an individual, so some behaviours can be contradictory. It’s all part of the feline mystique and the better you get to know your own cat, the more adept you’ll become at understanding their many moods. For example, when your cat arches their back to meet your hand when you stroke them it means they’re enjoying this contact with you. If they shrink away from your slightest touch it means they’re not interested right now – they’re asking you to save the petting for later.

Wondering if your cat is happy, musing about the world, or simply having a bad day? Here are some top cat observation tips:

Playful: Ears forward, tail up, whiskers forward and pupils somewhat dilated – playing is when cats exhibit hunting behaviour. Your cat may stalk their prey (a toy, a housemate or you), then crouch down with their rear end slightly raised. A little wiggle of their behind is followed by the pounce – your cat will grab their prey, bite it, wrestle it the floor and kick it with their hind feet. Their toy is now dead and their mission has been accomplished.

Irritated or over-stimulated: Pupils dilated, ears turned back and tail twitching or waving –your cat may growl or put their teeth on you as a warning to cease. Intense play can quickly turn into overstimulation in some cats, resulting in biting and scratching.

Nervous or anxious: Ears sideways or back, pupils dilated, muscles tensed and tail low or tucked between legs – your cat may slink through the house close to the floor, looking for somewhere to hide. They may turn their face to the wall to shut the world out.

Frightened or startled: Ears back and flat against their head, pupils dilated, whiskers back, back arched, fur standing on end and tail erect or low. They may yowl, growl, hiss and spit, giving a perfect impersonation of a witch’s cat.

Defensive: Crouched, whiskers back, tail between their legs or wrapped around their body, and pupils dilated, front paw is slightly lifted off the ground (ready to swipe if needed), ears are lowered and pointing out to the side, mouth is open and tense, teeth are showing —they may meow loudly, growl, hiss and spit.

Angry, aggressive: Ears back, pupils very constricted, and their tail may be up or down with the fur standing on end—an aggressive cat will stare down another cat and growl or yowl until the other cat gives way. Cats don’t really want to fight – they prefer avoidance – but standoffs can progress to fighting if one of the cats doesn’t back down.

Ever wondered why your cat does this?

Rubbing When your cat rubs their chin and body against you they’re marking their territory – along with the door, their toys, the sofa and everything in sight. They’re telling everyone that this is their stuff, including you.

Kneading This is a behaviour carried over from kittenhood, when a nursing kitten massaged their mother’s teats to make milk flow. Your cat does this when they are really happy.

The grinning sniff Have you ever noticed that when your cat is sniffing something – perhaps your shoe – he or she lifts their head, opens their mouth slightly, curls back their lips and squints their eyes so they look like they’re grinning? They’re not making a statement about how smelly your shoe is; they’re gathering more information. Your cat’s sense of smell is so essential to them that they have an extra olfactory organ that very few other creatures have. Called the Jacobson’s organ, it’s located on the roof of their mouth behind their front teeth and is connected to the nasal cavity. When your cat gets a whiff of something really fascinating, they open their mouth and inhale so that the scent molecules flow over the Jacobson’s organ. Known as the Flehman response, this intensifies the odour and provides more information about the object they’re sniffing. However, what they do with that information, we’ll probably never know…

What food can hamsters eat? 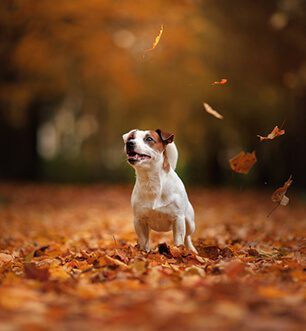 Any cookies that may not be necessary for the website to function and are used specifically to collect user personal data via analytics, ads, other embedded contents are termed as non-necessary cookies. Data protection law says we need to ask for your consent before running these cookies on our website.